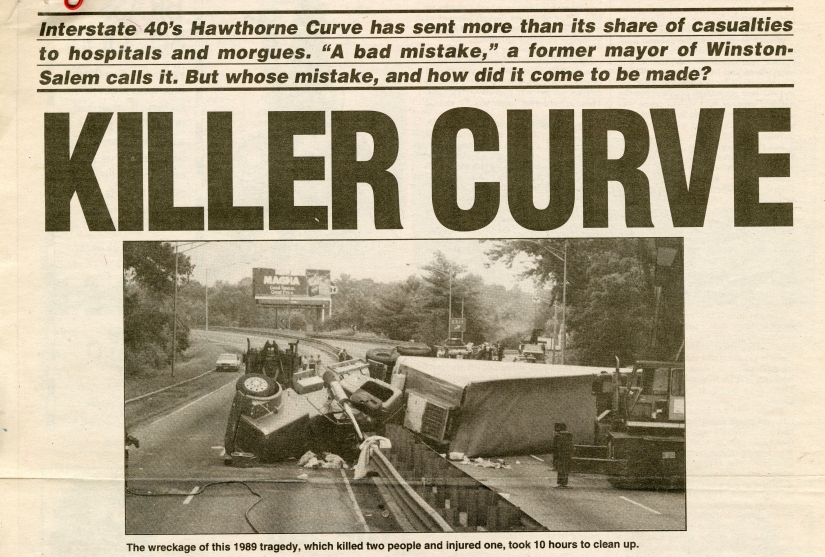 On A Fast Track!

Drama queen headline writers loved it. It was, they said, the curve that killed. And killed. And killed again. Dozens had died. And the back story was that it had been conceived in one of those smoke-filled rooms so often inhabited by crooked politicians. It got its nickname from one of those politicians who had manipulated the route of the highway to enrich his powerful allies. It was a legend in its own time. But none of it was true.

Between the late 1920s and the early 1940s, Marshall Kufees ran for various local offices eight times. He lost eight times. So, in 1949, when he announced that he was running for mayor of Winston-Salem, people laughed. After all, his opponent, incumbent George Lentz, was one of our most popular mayors ever. But Marshall won.

He immediately went to work on his campaign promises. The first had been to bring ABC stores to the Twin City. Greensboro and High Point had been draining off local booze taxes for years. The first ABC store opened on North Cherry Street in 1951. It was immediately dubbed the “Kurfees drugstore”. In those days, farmers who sold their tobacco at any of the downtown warehouses were given vouchers which they could cash at the “payoff office”, in a former bank building at Trade and Eighth Street, most recently the site of Mary’s restaurant. Kurfees noted that there were no restrooms there, and that farmers waiting in long lines would slip off into the nearby alleys, so he had the city build a public restroom right across the street. Of course, that became the “Kurfees Crapper”.

That accomplished, he went to work on the five new roads he had promised, the Cherry-Marshall Expressway, Peter’s Creek and Silas Creek Parkways, a North-South expressway, and an East-West expressway. By 1954, with the latter approved, the state began making offers to the property owners in the path. The road was designed to run on a straight line through the southern part of downtown.

As RJR Tobacco executive Jim Gray, a member of the state highway commission, later explained: Some owners accepted right away. But one did not. William Chamis, whose Town Steak House at 119 Hawthorne Road stood in the way, said no. He wanted a lot more. So the state began condemnation proceedings against him. Chamis hired the brilliant lawyer Fred Hutchins and fought back. The state found themselves outgunned. Eventually, the courts ruled that Chamis must receive about $75,000 for his property, more than twice the original offer, and that the state must also pay the cost of moving the Town Steak House to a new site.

Several other property owners immediately hired Hutchins. The state did some quick calculations and determined that Hutchins alone might add as much as half a million dollars to the cost of the road. So they developed a new plan. Instead of plowing along the surface, they would take to the air. By using a viaduct, they could avoid much demolition and cost. 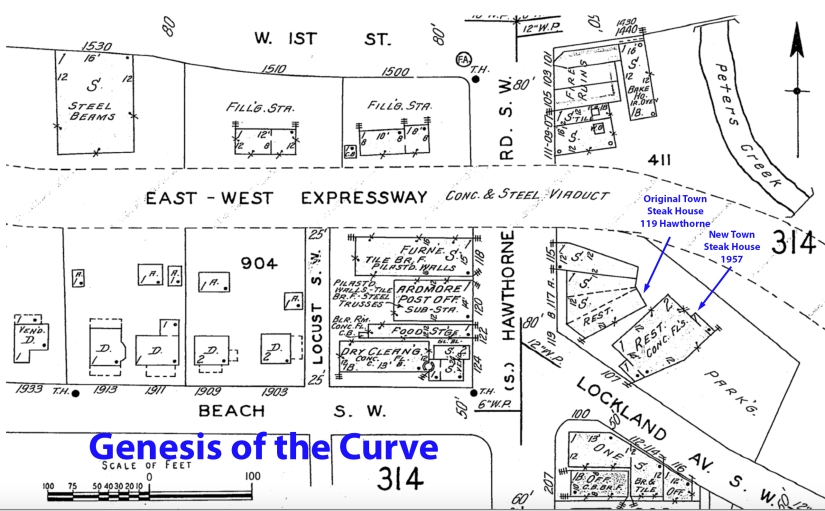 So the viaduct was designed to start from the Cloverdale hill, run straight to Peter’s Creek near Lockland Avenue, then take a smart turn to the right to follow Peter’s Creek for a few hundred yards southward, then cut back to the east. There was nothing radical about the design.

When the road opened, the speed limit was 45 miles per hour from beginning to end. No one ever had a problem navigating the curve at that speed. But along the way, something had happened. The original local road was unexpectedly added to the brand new Interstate Highway system. That did two things. It immediately drastically increased the traffic flow on the road, and it increased the speed expected by users. When the road opened in January, 1958, it instantly became the busiest section of highway in North Carolina and would remain so for a decade. 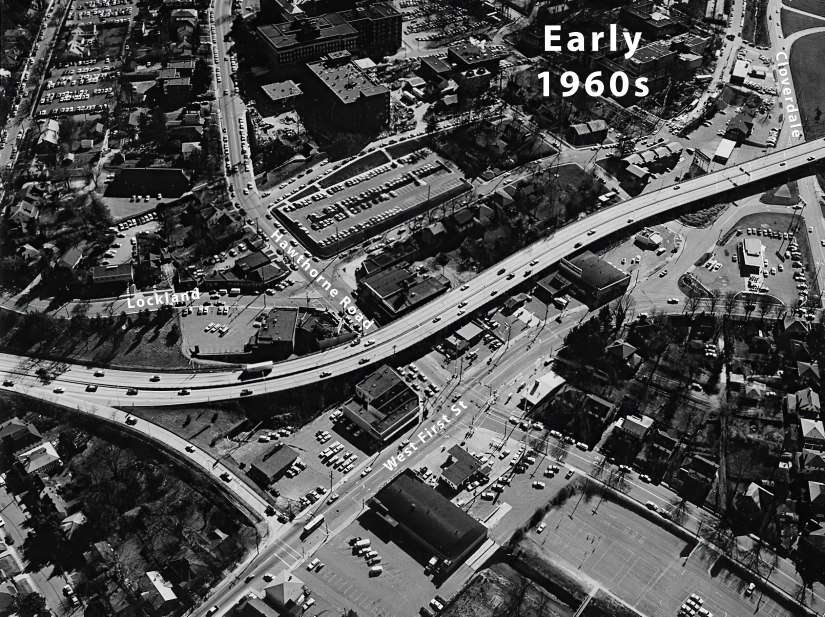 With the narrow viaduct carrying far more traffic than it was designed for and drivers ignoring the speed limit, there was bound to be trouble. But the trouble never quite lived up to the hysterical headlines.

Over the four decades of its existence, the curve claimed an average of about forty accidents per year, which put it in second place locally to the Interstate 40 / US 52 North-South Expressway intersection. And despite people’s wildly imaginative “memory”, no more than seven or eight people ever died there. When you consider that over 2.6 million drivers made it safely through the curve during its existence, the success rate was 99.994 percent. The tiny percentage of failures were just bad driving.

The worst accident occurred in 1989 when an eastbound tractor trailer rolled onto the median and slid upside down for several hundred feet (see the first image in this post). The driver and a passenger were killed, and another passenger was seriously injured. A special team spent some time recovering body parts from the site. Most of the best known accidents were westbound and involved jumping the rail over Hawthorne Road. The most spectacular occurred in the early days when a carload of RJR Tobacco second shift workers went airborne over Hawthorne and landed on its wheels in the Pure gas station at First and Hawthorne. No one was seriously injured.

Officials tried many methods to reduce the number of accidents, to no avail. Finally, in the 1990s, it was decided to straighten the curve. At a cost of about $26 million, that was done, and the Kurfees Curve was no more.

Marshall Kurfees served six terms as mayor of Winston-Salem, from 1949 to 1961. That made him the longest serving mayor until our current mayor Allen Joines. He was the first mayor to look upon the job as a full time one. Every morning he left his home in Ardmore and went to his office at City Hall. His wife, Mabel, was employed by the city as his secretary. That worked out pretty well, because one would have to search for a long time to find a twelve year period in which the Twin City enjoyed more advancement.

This site uses Akismet to reduce spam. Learn how your comment data is processed.